Jerusalem is so much more than the Western Wall, a walled Old City divided into four quarters, big-name museums, holy sites and archeological finds. It is a living, breathing city, and Lihi Rosenberg has taken us on a culinary journey with some fabulous recommendations to keep in mind for your next visit.

As a foodie and Jerusalemite, I have to admit my city is like cilantro – you either love it or hate it. There is no middle ground, yet neither can it be ignored. Everyone seems to have their own private Jerusalem. My Jerusalem is a beloved grand dame, the eldest and most prominent city in Israel, and maybe as such she is also solemn, well-seasoned, carrying the burden of the world on her shoulders, but if you get to really know her – she’ll prove that she can banter and have a ball. 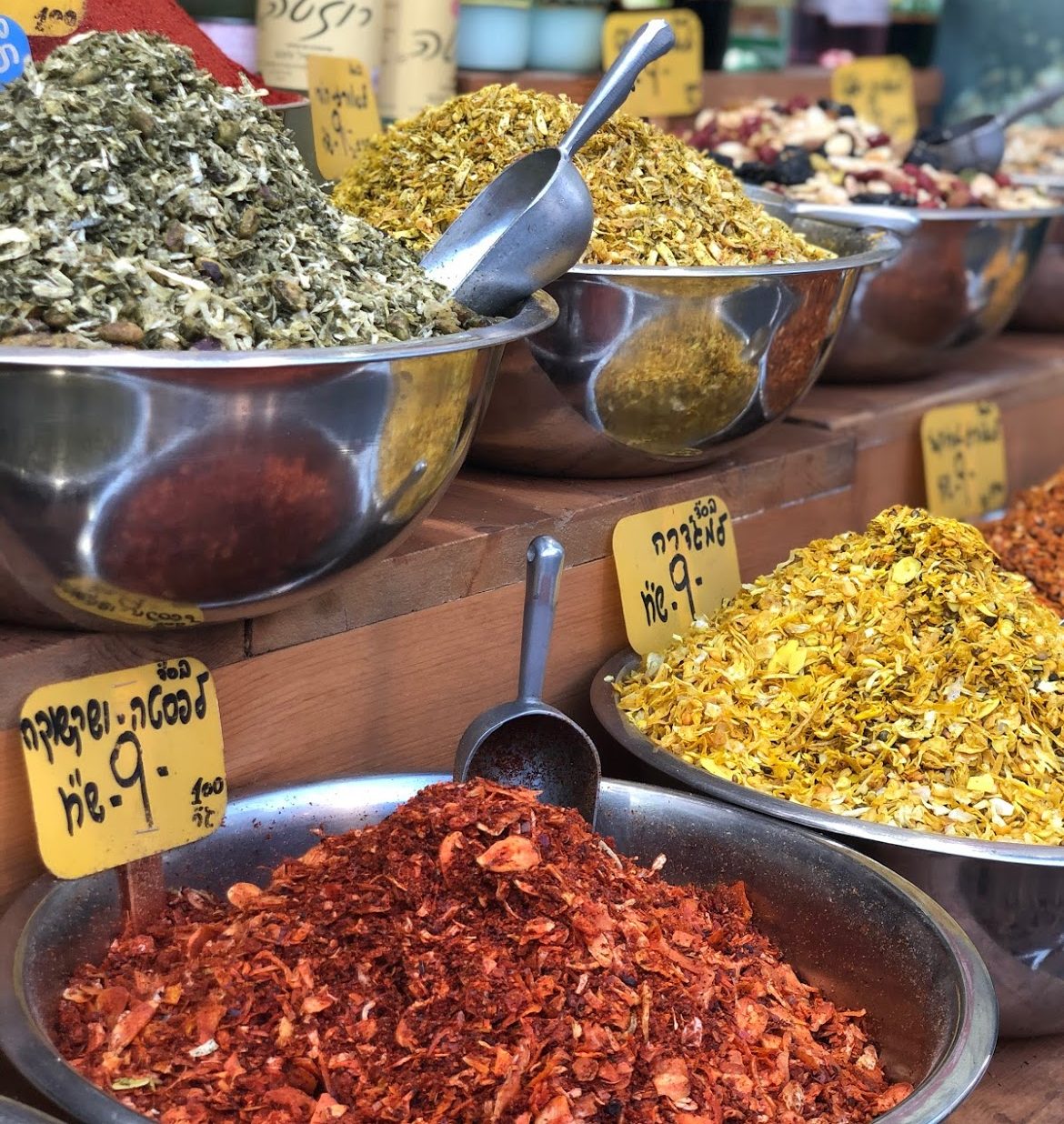 And you don’t need much to really have a ball in Jerusalem, just a pinch of patience, a drop of persistence, a touch of tolerance and eyes wide open. Eventually, Jerusalem will divulge its secrets to anyone who is willing to listen. The narrow, crowded alleyways of Nachlaot, its windows all decked out with wrought-iron. The sights and smells and noises of weekdays getting all dressed up for Shabbat. A market laden with fresh produce. Old neighborhoods with their iconic cafes and veteran culinary establishments. The hustle of a modern city center, with fashionable shopping centers, and the bustle of a market from yesteryear. Streets where the dominant language is Arabic, with traditional cafes and honey-rich pastries, alongside spacious parks and magical hidden places where the chanting of Psalms is carried on the wind on Friday nights.

One of the best ways to get to know a city is by walking and eating your way on the street, so here are some of my recommended culinary tours:

Nura (Nurit) Hertz is a tour guide and chef hailing from Mata, a small moshav (village) en route to Jerusalem. She lives the land, breathes the mountains and is well acquainted with the hidden jems the city has to offer, and beyond. Nura offers magical foraging tours in the Judean hills (anything that has to do with mushroom hunting and the smell of pines is definitely magic), and all the while she gathers, tells stories, and gives you a taste of seasonal and edible wild plants – blackberries, fragrant marjoram, Jerusalem sage, mint, fennel and wild asparagus. At the end of this foraging tour, guests gather for a vegetarian cooking class and meal based on the loot and prepared by the chef, complete with local wine. If you are lucky enough to book a tour in season, you’ll enjoy beetroot tortellini stuffed with roasted eggplant, almonds, wild sage, capers and pine nuts, or seared zucchini on a bed of chilled ajo blanco, with an apricot, sumac and fennel chutney.

The Machane Yehuda market started out as a wholesale market, but in recent years it has become a culinary hotspot by day, with a bustling nightlife to boot, when the stalls close down and give way to excellent food stalls, wine bars and street performances.

It seems that Chen Koren needs no introduction – she is a local celebrity, greeted by one and all when she walks by. She is a proud Jerusalemite, with an enviable knowledge of the city, its foods and its peddlers. She grew in Machane Yehuda, where she also recently set up shop, and on her market tours she’ll divulge the best-kept secrets – like the best Sabih in town, all rolled in taboon bread, the place to stock up on out-of-this-world Pitzuchim (various nuts and seeds eaten as a snack) and where to buy the finest cheeses in Jerusalem. 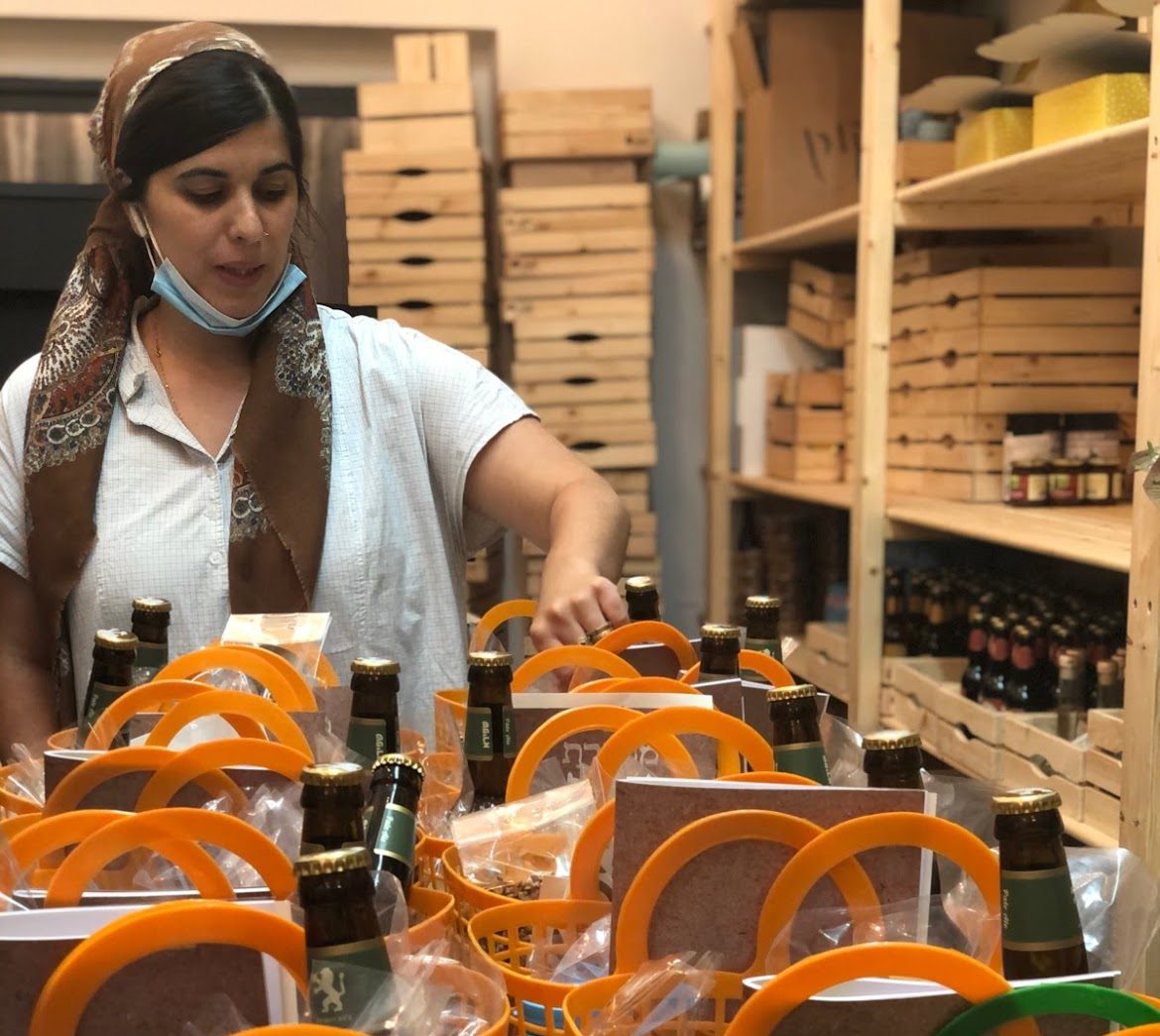 Lilach Rubin is a lawyer and a foodie who left Tel Aviv 20 years ago to live in Jerusalem, choosing the city that most reminded her of living abroad. Such are also the tours she has in the most unique places in Jerusalem – Damascus Gate and the Christian Quarter, a peek into Mea Shearim, a nightly bakery crawl and the neighborhoods of East Jerusalem. On a tour of the ultra-Orthodox Mea Shearim, you can taste kugel and challah alongside pickled fish salads and other Ashkenazi delicacies. In Arabic Beit Hanina and Shuafat, lilac offers a glimpse into the neighbors’ kitchens and a taste of fabulous hummus, stuffed kibbeh and traditional desserts, and will also teach you where to stock up on fresh produce and spices.

Atalya was born and raised in the house where she now lives and hosts wonderful locally produced chef meals in the picturesque Ein Kerem. She might be a long-time resident of a neighborhood known as one of Jerusalem’s hidden gems, yet Atalya also offers tours of other hidden parts of the city – the Bukharan Quarter and the adjacent Mea Shearim neighborhood. All tours are conducted with all due respect to these places and their unique codes of conduct – in separate groups for women and men and an emphasis on modest attire, to allow you more contact with the locals and their way of life. With baked goods and spice aromas hanging in the air, Atalya will show you a 300-year-old oven baking the most delicious breads, delicately flavored falafel served inside a warm Jalebi, and a deli specializing in ultra-Orthodox Shabbat treats.

Lihi Rosenberg is an entrepreneur and foodie, owner of Jerusalem.Eat for all things culinary. You can reach her on her Instagram.