The Israel Ministry of Foreign Affairs and Ministry of Tourism published some basic rules of conduct for the many Israeli tourists who will soon flock to Dubai and Abu Dhabi, and call on them to respect the local culture and customs.
As of next month, the mutual visa exemption agreement between Israel and the United Arab Emirates is due to take effect, and six airlines – Emirates, Etihad Airways, FlyDubai, Israir, Arkia and El Al – are expected to fly thousands of Israelis to the UAE, mainly to Dubai and Abu Dhabi, the two most celebrated out of the 7 emirates.
The UAE welcomes millions of tourists a year, from all over the world, and as courtesy and hospitality are considered to be the noblest of virtues, according to Muslim tradition, all tourists, Israelis included, receive a warm and friendly welcome from the locals.
At the same time, tourists are required to be polite and socially responsible, to be considerate and respectful towards the local customs and obey all rules of conduct.

Different rules apply to the major airports in the UAE: Dubai and Abu Dhabi.
Dubai Airport (DXB) – All Israeli tourists must perform a PCR test up to 96 hours before the flight, to rule out COVID-19. These tests must be carried out at an official testing center, and the passengers must present the printed results in English or Arabic upon arrival.
Passengers in transit arriving to Dubai Airport are advised to follow the requirements of their final destination, as some other countries require a negative test clearance, which must be presented before leaving Dubai.
Children under the age of 12 are exempt from the PCR test. Upon landing in Dubai, tourists are required to download and sign up for the COVID-19 DXB Smart app.
Abu Dhabi Airport (AUH) – Upon landing, and right after disembarking, medical authorities perform a PCR test on all passengers. After inspection, passengers are entered into isolation, and provided with an electronic bracelet which they have to wear during their two-week isolation period.
The health authorities will decide on the most suitable location for isolation for each passenger – a hotel or a guesthouse. Twelve days after arrival in Abu Dhabi, tourists must perform a second PCR test. If the test is negative, the electronic bracelet will be removed by medical authorities 14 days after arrival in Abu Dhabi, and the isolation period will end.

• Public displays of affection are not acceptable. Kisses and hugs in public are strictly forbidden, and may even result to punitive measures.
• Shouts, commotion, blatant language and rude public behavior can lead to severe punishments.
• Any disrespect towards the state, its leaders, its culture or religion are strictly prohibited and may result in incarceration and deportation from the country. It is also best to refrain from conversations about political issues, the government, democracy etc.

• Dressing modestly is the norm, especially in religious venues and public places, such as shopping malls.
• Both men and women should avoid any attire exposing the body immodestly, as well as clothes with wording or illustrations that may offend the Muslim sensibilities or public sentiment, and it is preferable to cover tattoos.
• Foreign women are not expected to cover their heads or wear Muslim clothing. Only when visiting a mosque will they be asked to respect Muslim traditions.
• Nudity is strictly forbidden, including tanning without a top. Bikinis are allowed, but both men and women are not allowed to wear swimwear off beaches or swimming pools.

• Possession and / or use of drugs of any kind is strictly prohibited and constitutes a criminal offense resulting in heavy penalties.
• Possession of alcohol, drinking alcohol or public intoxication are criminal offenses resulting in heavy penalties.
• Transit passengers passing through the UAE under the influence of alcohol, may also be stopped.

• It is customary to arrange meetings well in advance, and take into account the Emirati timetable, which includes 5 prayers a day.
• It is very common to hold meetings over lunch or dinner, and the inviting party is expected to pay the bill.
• It is customary and very important to rise for the elderly or high ranking people.
• It is customary to speak quietly, without raising your voice, and highly unusual to deviate from the meeting agenda, unless asked a direct question.
• Do not extend your hand, unless a handshake is offered first.
Always shake hands with your right hand. The Emirati handshake might be long; be patient.
Women often prefer not to shake hands with members of the opposite sex, for religious reasons. If a woman does not extend her hand, it is customary to nod to her at the start of the meeting.
In a group meeting, shake hands with the most senior people first.
• It is rude and unacceptable to sit cross-legged in a meeting, in front of your colleagues.
• It is considered rude to point a finger; to make a request, point with your hand.

• VAT in the UAE currently stands at 5%. Tourists can get a refund for any purchases they make during their stay in the UAE. Reimbursement is made through the Electronic Tax Refund for Tourists Scheme, at all points of entry and exit from the UAE.
• In order to receive a VAT refund: goods must be purchased from businesses participating in the scheme, and tourists must leave the country with the goods within 90 days from the date of purchase. 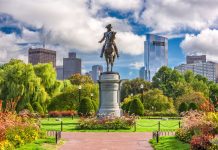 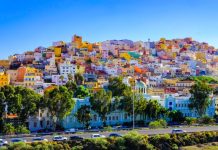 Lost in the right direction in Gran Canaria 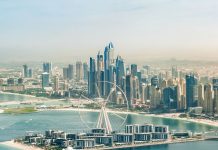