Discover a land of mountains and lakes in Rwanda 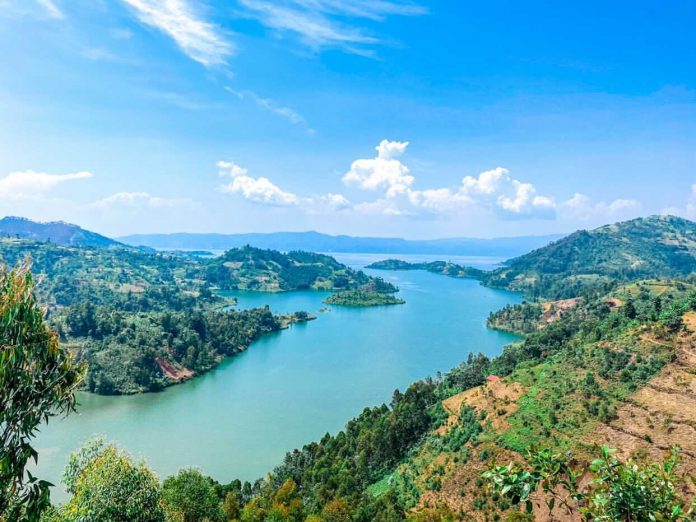 Rwanda’s dark and turbulent past has given way to a rosy future, and even in corona times, the country has been coping well and staying oh so green (yes, pun intended). Here’s the story of how I chose this beautiful and verdant country simply because it was open to Israelis, and then fell head over heels.

Within hours after landing, we got our first misconception shattered, as Rwanda is not as brown as we thought it would be. On the contrary, it is an endless carpet of mountains and valleys in 50 shades of green! To travel Rwanda and thoroughly enjoy its people and landscapes, it is important to love volcanoes, lakes and giraffes, get excited about meeting elephants in the savannah, be willing to walk in the mountains on a foggy morning in search of gorillas, and especially be very tolerant to rice and beans. It is a paradise for botany lovers, bird watchers, photographers, anthropologists, zoologists and even fashion designers. It is a fabulous destination for backpackers and luxury travelers alike, but it is heaven on earth for those convinced they were Christopher Columbus in a past life, as it is truly a land of discovery.
We traveled the country for two weeks, and within days I was completely in love with its people and their simple way of life, more so because of the collective resurrection story of a country that has risen from its bloody past to become a beacon of progress in Africa. This success, against all odds, stuck with me and filled me with lasting inspiration.

Rwandans learn about the genocide that ravaged their country, not only so they don’t forget, but also in order to learn how to forgive. The Holocaust is also part of the story they tell, and the Kigali Genocide Memorial – inspired by Yad Vashem – has a special exhibit devoted to the Holocaust, so every conversation on the subject is fraught with a sense of shared destiny.

Today, Rwanda is a role model both for conservation programs and street cleanliness, and on the first Sunday of every month all citizens, without exception, go outside to clean up their environment. It seems like in Rwanda, social responsibility is not an abstract concept but a way of life. In this time of pandemic, each and every citizen wears their mask, even in the remotest village, and that is why Rwanda has only about 100 Corona cases a day.

Rwandans are also the kindest, most welcoming and hospitable people, both among themselves and especially towards visitors. And maybe it’s just me, but it doesn’t seem so obvious when the vast majority of citizens don’t even have running water, while a spoiled westerner like me can only wonder how they stay so happy without a hot shower at the end of the day! But that’s what Rwanda does to you. It invites self-reflection and introspection… and if those two are not the main reasons to venture out and explore an unfamiliar country, I don’t know what is.

For more from Liat Raviv Cohen, check out her instagram.